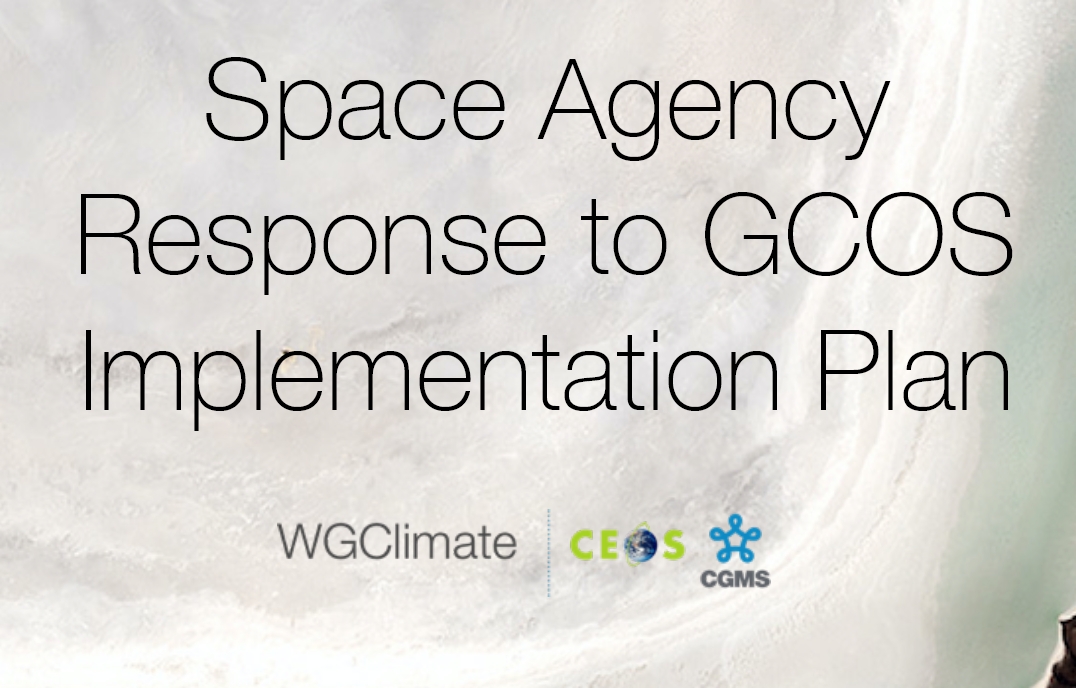 The Role of the Architecture for Climate Monitoring from Space

The Committee on Earth Observation Satellites (CEOS) and Coordination Group for Meteorological Satellites (CGMS), in the form of the Joint CEOS/CGMS Working Group on Climate (WGClimate), are pleased to present a response to the 2016 GCOS Implementation Plan, reiterating their commitment to address the Actions required for the implementation of the Global Climate Observing System (GCOS). CEOS and CGMS, international organizations of 60 Members and Associates and 15 Members respectively, have had the honour to report on Space Agency activities to GCOS on several previous occasions.

Space Agencies have continued to evolve their systematic observation of the climate system, now spanning several decades, strengthening scientific knowledge on climate, and supporting the provision of knowledge-based information to climate services to under-pin informed decision-making. Space Agencies are framing their activities through the implementation of the Strategy Towards an Architecture for Climate Monitoring from Space, 2013 – developed by a team comprised of representatives from CEOS, CGMS, and the World Meteorological Organization (WMO).