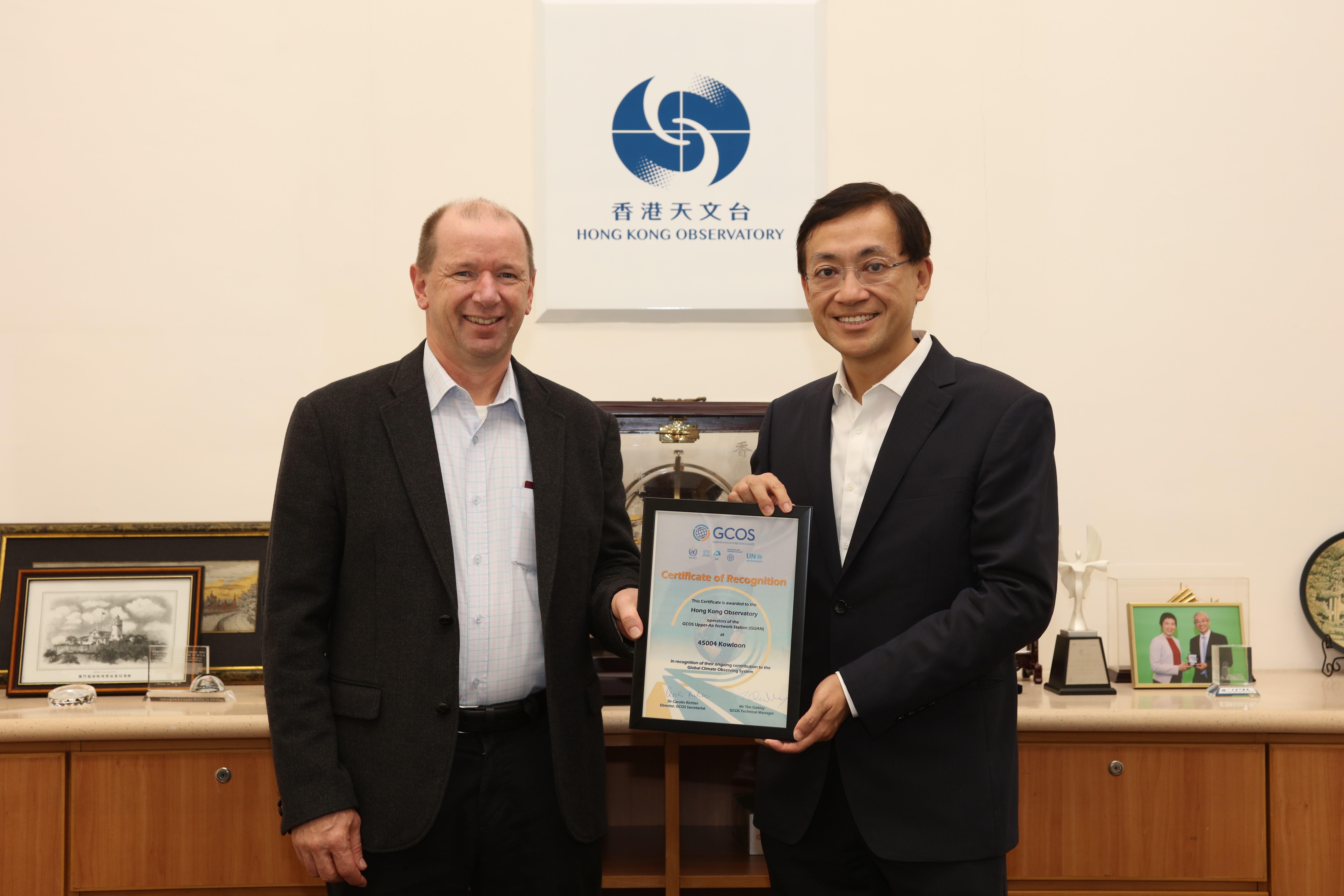 Awarded to Hong Kong Observatory (HKO) in recognition for their operation of the King's Park Upper Air Meteorological Station in Kowloon (45004) in support of the GCOS Upper Air Network (GUAN).

At a recent WMO meeting for recognising long-term observing stations (November 2019), the opportunity was taken to present a GCOS Certificate of Recognition to Mr CM Shun, Director of the Hong Kong Observatory, for the ongoing operations of the King's Park Upper Air Meteorological Station in Kowloon in support of the GCOS Networks.

The meeting was primarily focused on the further development of the mechanism to recognise stations with long term observational records, notably those which are centennial stations, of which the Hong Kong Observatory with surface observations from 1884 was recognised by WMO in 2016. The upper-air weather observations at the Observatory Headquarters started in 1921 and were moved to a nearby location at King’s Park in 1951 due to exposure issues from urbanisation around the Observatory Headquarters, but hourly surface observations have continued at the original location until the present day.